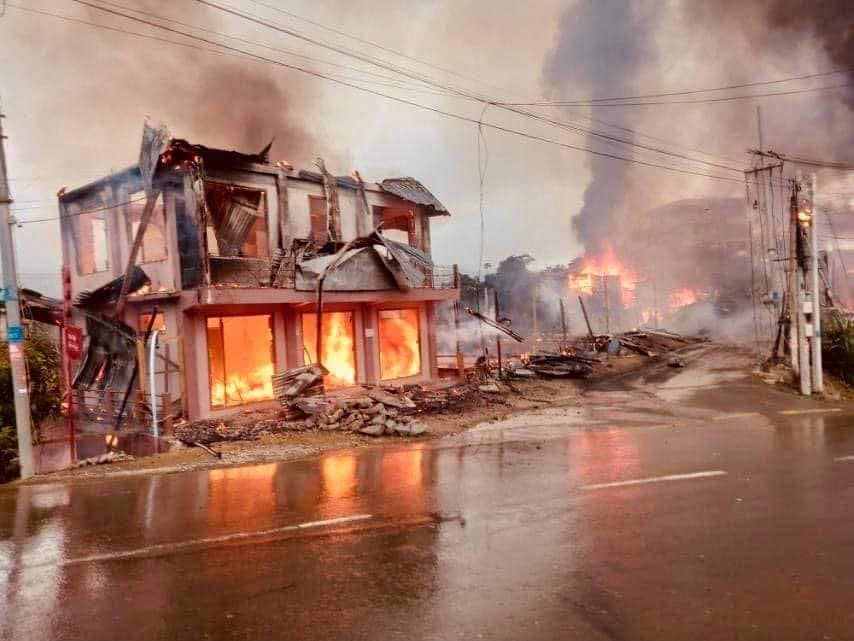 In Chin State, guerrilla fighting is intensifying in the city. Especially in Hakha and Thantlang. In Thantlang, up to 30 rebels were killed and wounded. Insurgents hurled

heavy artillery shells into the city. The shooting destroyed more than 10 homes. Firefighters and fire trucks were also hit, and homes were damaged. Worst of all, militarys shot and killed a Christian priest who came to put out the fire and cut off his finger. This act is aimed at the Chin people and the military. Christianity has caused extreme hatred. There are people in the whole country who hate them.